Gone But Not Forgotten: Artifact Hunt 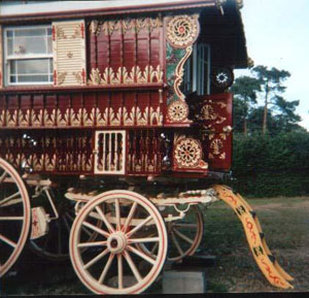 This lesson uses a story to teach the concept of cultural artifact. It integrates literature and anthropology and demonstrates how artifacts can be used to "open a window" into a culture.

Introduce the term, "artifact" (artifact = an object made by people or altered for people's use).

Share the story, "Gone but Not Forgotten" from The Tree that Owns Itself and Adventure Tales from Georgia’s Past (Atlanta: Peachtree Publishers, 1996) from the collection,

Have the students list as many of the artifacts mentioned in the story as they can remember.

Tell the students to sort the items on their lists by putting a T (for “Travelers”) or an H (for “Harriet”) beside each item.  Make a master list on the board, grouping the items into two columns.

Ask the students which artifacts are used by both cultures (ie; coins).  How are they used differently?  (Harriet pays for a service - the fortune-telling - with a coin. Nation uses the coins as jewelry.) How would the artifacts reveal these cullture's customs?  (Nation's coins were very shiny, and they must have been drilled so she could wear them.)

Encourage the students to discuss the role of wagons in both cultures. In Harriet's culture (Athens, Georgia, during the 1920's), wagons are used for transportation and carrying goods.  In Nation's culture, wagons are elaborately decorated because they are used ceremonially and as bedrooms, as well as for transportation and carrying goods.  Since the Travelers are nomadic, their wagons are a prominent feature of their culture.

Artifacts from Harriet's culture, such as the watch and newspaper, indicate a settled, time-conscious lifestyle that may not be valued by the Travelers.